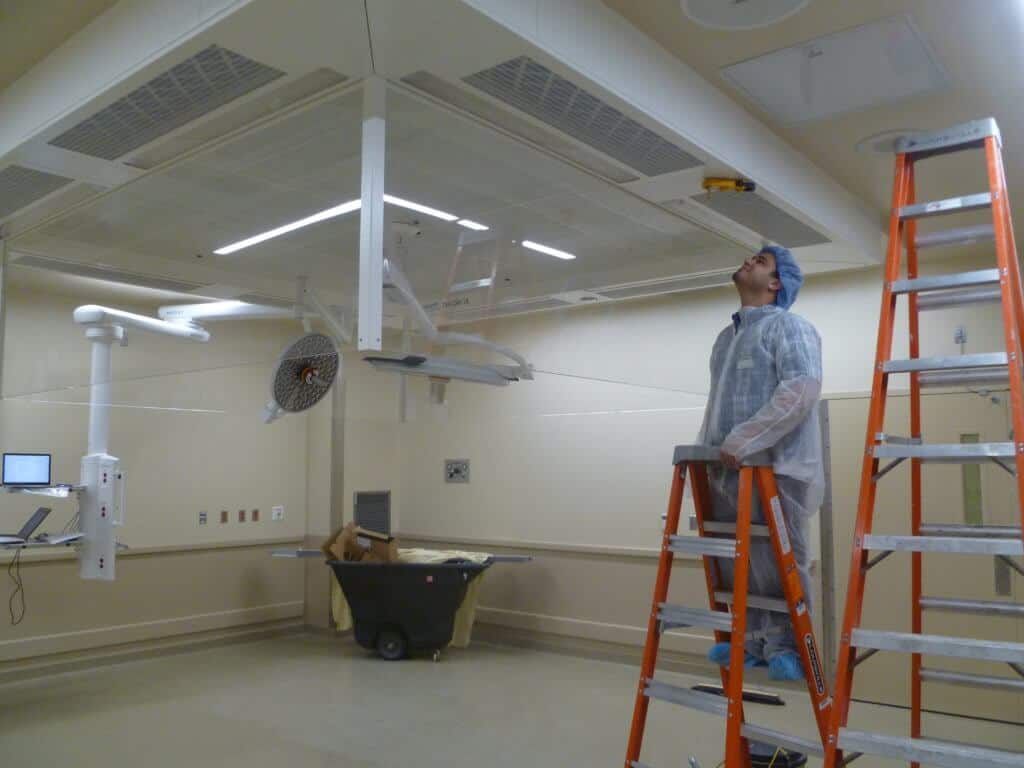 When the Joint Commission presented this past fall, the 9th most common violation in Pennsylvania was EC 2 5 1 -15 – OR Critical Pressure. If that unfortunate day comes where you get a BAS alarm that one of your Operating rooms is having pressurization issues, we thought we’d share some Tips and Tricks to troubleshoot the issue quickly and calmly.

First 5 Steps to Troubleshoot an OR out of Pressurization Compliance: 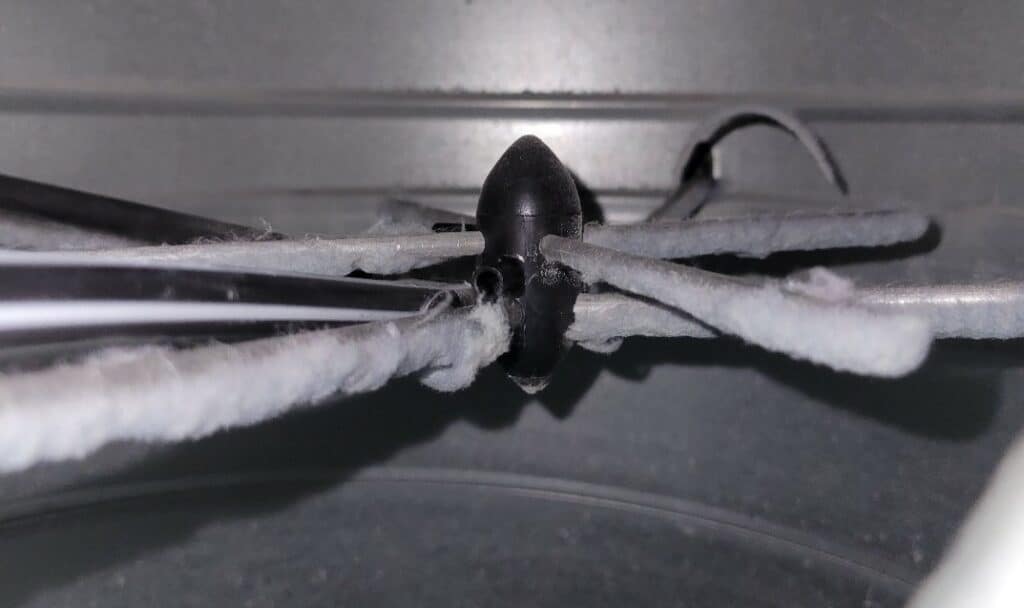 Figure 1: The exhaust VAV box associated with this flow sensor was 100% open. There is very little chance of a sensor in this condition providing an accurate reading.

4. Return/exhaust fan not running when you think it is
a. For fans not running, a known good vav box not reading any flow.
b. Visually inspect to make sure a belt didn’t break, and that the fan is actually running. 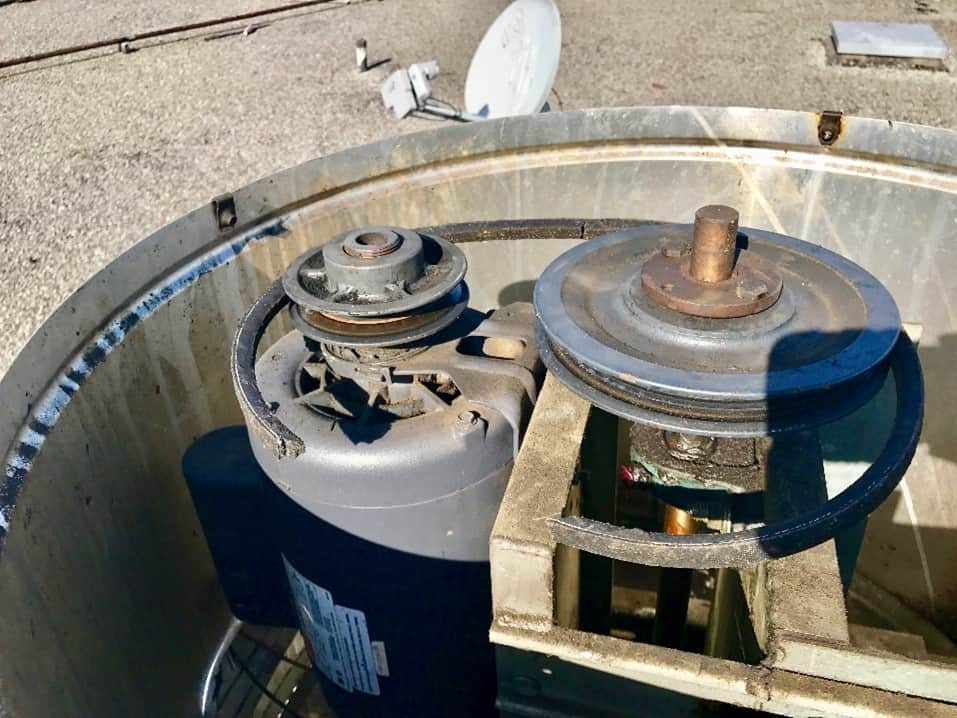 Figure 2:This fan motor is technically running, but the belt has snapped. https://www.americanfireprevention.net/wp-content/uploads/2019/05/099-Fan-Belt-4.jpg

5. “Ok, who messed with the balancing dampers?”
a. Often adjusted without record in response to pressure or temperature issues
b. Can break loose from vibration

** If you can’t target the issue, don’t be afraid to call an RCx Engineer **

A recent client desired to stabilize the OR air handlers in one of their Pavilions. The major issue was identified as return fan over-volt trips due to the return fan being dragged by the supply fan. The initial investigation began in April 2021. Equipment cleaning and calibrating was performed, and the systems were tuned to improve stability. Controls recommendations were made to ensure OR pressures are maintained even if flow sensors fail. In addition to improvements to the air handler and ORs, the OR suite was re-balanced to ensure proper pressure cascade. Sub-sterile corridors were set from negative to positive as per code. 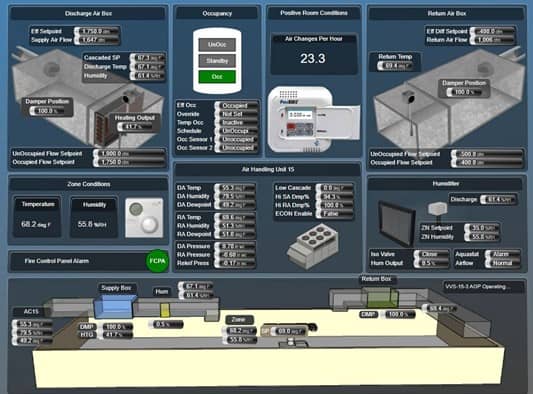 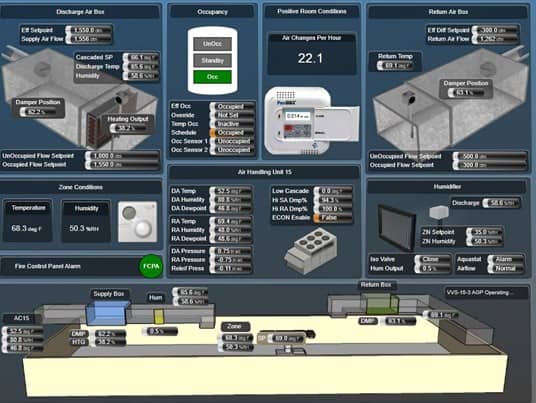 Contact us today at [email protected] if you need any help troubleshooting an Operating Room Pressurization issue.