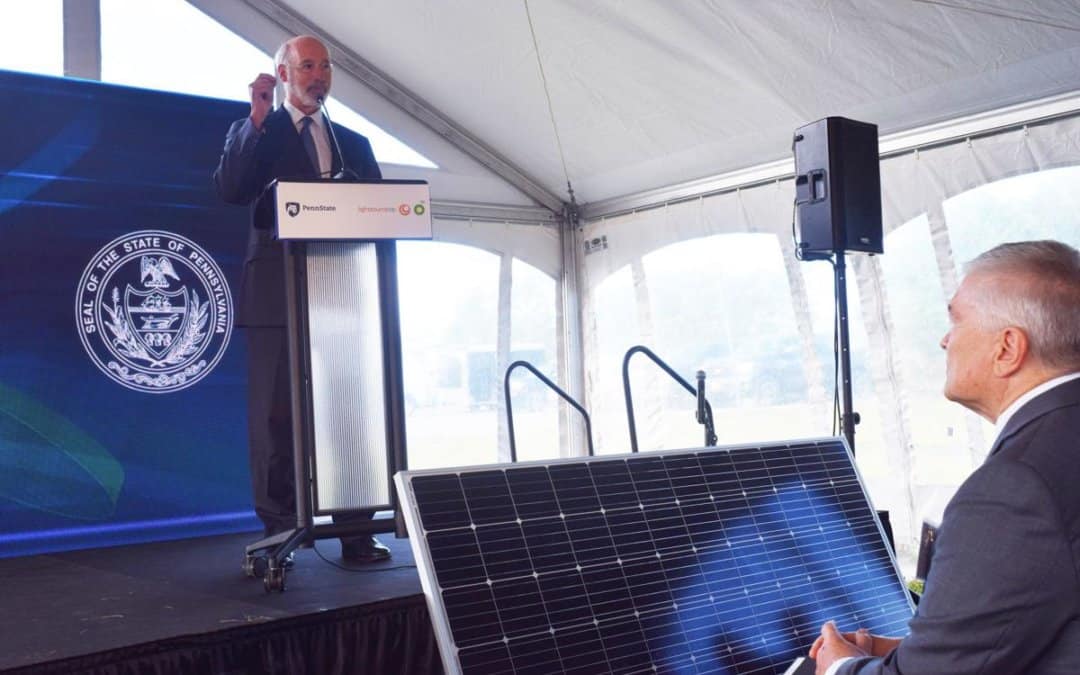 The GreenGov Council will serve as a central coordinating body to promote the implementation of the executive order and the achievement of the following state agency performance goals:

Solar is going to play a huge role in this initiative and on top of that, 2019 is the last year for the 30% tax credit. Don’t worry, there will still be federal tax credits into 2020 but they will be slightly reduced.

“In the absence of leadership from the federal government, states and cities are stepping up and doing their part to reduce emissions,” said Governor Wolf. “Today I am proud to declare the commonwealth’s intention to address climate change, the most critical environmental threat facing the world.”