Solar Projects on the Rise in Centre County, PA 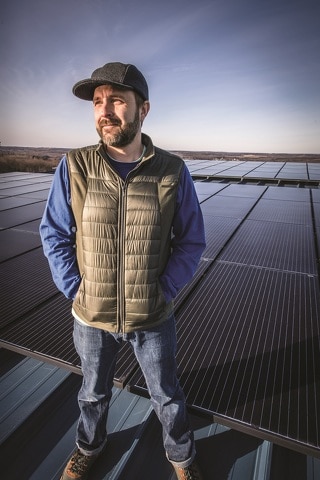 Organic Climbing was quoted recently about their decision to go solar…

According to StateCollege.com, Josh Helke, Organic Climbing’s founder, says people stop by his light-filled, open-concept factory space each week to ask about the solar panels. The company’s solar energy powers the entire operation during most of the year, and Helke says beyond a marketing tactic to the typically “greenwashed” outdoor industry, solar is also good business.

“We’re not just doing this to do good for the world; it makes business sense not to be paying an electric bill,” Helke says. “Our projected time to pay off our solar panels was 15 years, but now it’s down to seven. When we’ve started to use them, we’ve noticed they’re way better than we thought they were going to be. … I think it’s really taken off here, which is great, and the more people who do it, the more people realize it isn’t some pipe dream, trying to make a political statement; it’s actually a thing to do to save money and really have some influence.”

“Ironically, this whole facility is built on an old [strip mine], so it’s cool that now it’s come full-circle and it’s now reclaimed, and the first – to the best of our knowledge – fully solar-powered sewing facility is sitting on it,” Helke says.

Additionally, our very own Andy Porter was quoted on the growth of Residential Solar in Centre County…

Andy Porter, solar sales manager at Envinity Inc. in State College, says his company has seen “a significant increase in residential solar projects in Centre County and throughout PA.”

“At Envinity, we have tripled our installation capacity over the past three years and are continually seeking to hire solar installers,” Porter says. “Homeowners are realizing that solar makes sense financially and is a very tangible way to reduce their carbon footprint.”

Porter says most solar systems fall under a 25-year warranty.

“Most people can expect their systems to pay for themselves in the range of five to 12 years,” says Porter. “The systems are simple and mostly maintenance-free, and will generate a bit of income through Solar Renewable Energy Credits.”