Solar Panel Guide: Made in the USA 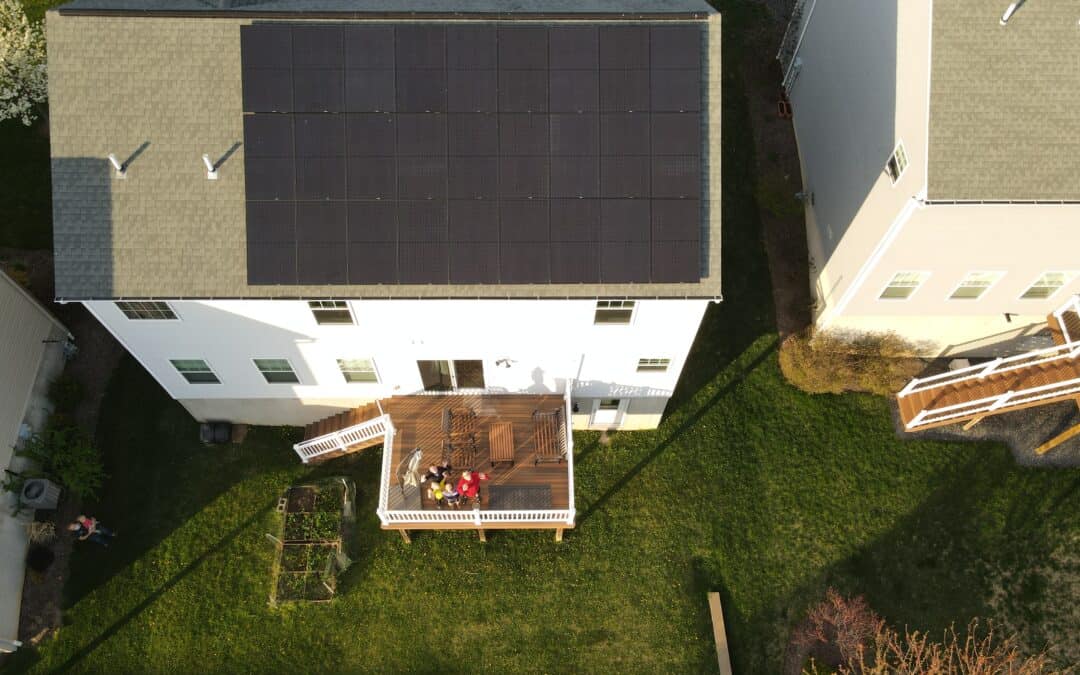 Which Solar Panels are Made in the USA?

Here’s a table that summarizes some of the American-made panels on the market. Here at Envinity, our Centre County Solar Cooperative uses Silifab solar SIL Mono solar panels made in Bellingham, WA. Other Panel options with carious production, degradation, and other criteria are in stock.

With the exception of First Solar above, the solar panels listed all use silicon to turn sunlight into electricity. Solar panels are made from specifically polysilicon whether the final product is polycrystalline or monocrystalline panels. Chinese companies currently dominate global polysilicon manufacturing. Here are the top 10 global companies according to Solar Power World.

One of the first things you should know is that just because a company is headquartered in the United States doesn’t mean that its manufacturing happens here too.

In November 2019, the US solar company SunPower announced a deal to spin off its manufacturing business to a new Singapore-based company called Maxeon Solar. Maxeon has manufacturing facilities in France, Malaysia, Mexico, and the Philippines. SunPower’s lower-cost P-Series cells were being manufactured in a facility in Hillsboro, Oregon, but unfortunately, that plant has recently closed.

One of the largest solar manufacturing companies in the US is First Solar. Their main product is a little unusual because they make their solar panels with thin-film photovoltaics, rather than with crystalline silicon like the majority of solar manufacturers. Thin-film PV has a number of potential advantages, such as lower cost and better high-temperature performance. If you’re interested in their products, you should know that First Solar has manufacturing facilities in the United States, but also Malaysia and Vietnam. Their biggest manufacturing plant is located in Perrysville, Ohio, but the company recently opened a second factory in Lake Township, Ohio, where it employs approximately 500 people.

Foreign companies that manufacture panels in the US:

While much of the manufacturing for this South Korean company happens in China, Malaysia, and South Korea, there is a new factory in Dalton, Ohio that is manufacturing the latest Q.PEAK panels. At the time of its opening, Hanwha claimed that it was the largest solar manufacturing plant in the Western hemisphere, with 650 employees and a daily production capacity of 12,000 panels. The G6 is being manufactured in Ohio, but it’s unknown yet if that same facility will be making the G5 or any older series panels. For now, it’s safer to assume that the G5 and earlier Q CELLS panels are manufactured overseas.

Jinko, a China-based company that is one of the largest solar manufacturers in the world, recently started manufacturing solar panels in Jacksonville, Florida. Jinko also has significant manufacturing in China and Malaysia, but their product datasheets and website aren’t clear about which products are manufactured in which factory.

LG is a huge South Korean company. Their solar panel division recently opened a factory in Huntsville, Alabama to assemble their excellent NeON 2 series solar panels. 500 MegaWatts of LG NeON® 2 modules are now being manufactured in the United States. Additional inventory will be supplied from our South Korea factory when needed. This means that if you buy an LG NeON 2 solar panel, it could be made in Alabama, but it’s also possible that it was manufactured overseas. Ask your Envinity Rep for more info.

US companies that manufacture panels in US:

Lumos specializes in making attractive frameless solar panels that are suitable for specialized architectural designs. The company is headquartered in Colorado. The solar cells that Lumos uses are sourced from overseas: Germany in the case of their monofacial cells, and Taiwan for their bifacial cells. Their aluminium rails and steel structures are fabricated in the US, and their modules are assembled here as well.

Mission Solar is a small solar manufacturer based in San Antonio, Texas. While Mission does not manufacture its own solar cells, the panels are engineered and assembled at its San Antonio headquarters. Their panels come with a 25 year warranty on both the product and the power production. Overall, Mission Solar panels are a great choice if you want a US-made, premium quality solar panel.

Solaria is a small California-based solar manufacturer that specializes in making attractive, high-performance solar panels. In addition to an all-black monocrystalline panel, Solaria has an “AC module” panel that includes a built-in Enphase microinverter. They have a factory located in Fremont, California, but Solaria also does some manufacturing in South Korea.

Canadian companies manufacturing in the US, Eh:

Heliene is headquartered in Sault Ste. Marie, Ontario and manufactures a range of polycrystalline and monocrystalline solar panels for commercial and industrial use. Their manufacturing happens in both Canada and the United States, where Heliene recently took over a shuttered solar panel factory in Minnesota.

Silfab Solar is a large solar manufacturer headquartered in Toronto. The company has manufacturing operations in Canada and in the United States at its Bellingham, Washington factory. Silfab states that its panels meet the requirements of the Buy American Act.

Contact us today at [email protected] to learn more about solar panel costs in the USA versus from other countries.