The Wilds in Kane, PA Will Be Renovated to Passive House Standards 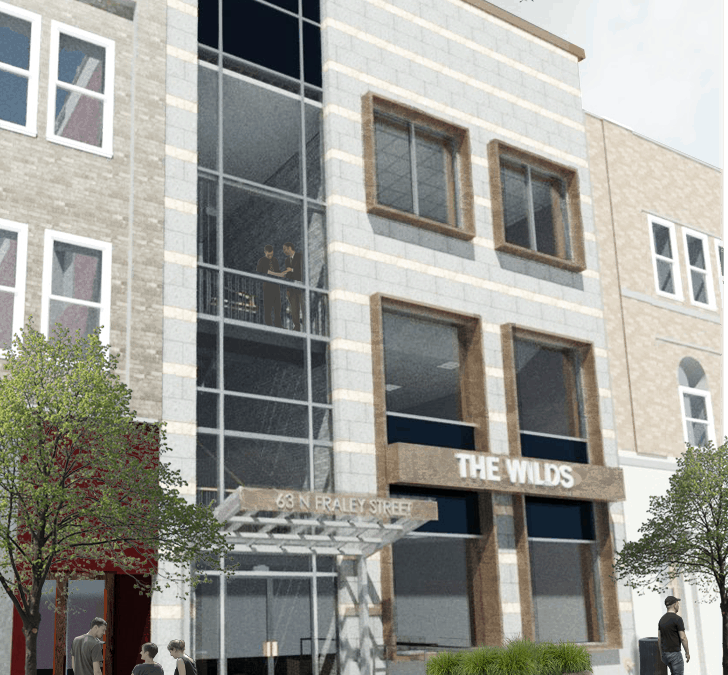 Envinity has teamed up once again with the WPPSEF (West Penn Power Sustainable Energy Fund) for a breakthrough Passive House project.

STATE COLLEGE, PA, (July 1,2020)– The West Penn Power Sustainable Energy Fund  is working with Envinity, Inc. of State College and Moshier Studios of Pittsburgh, kicking off this 4th of July weekend to repurpose an uptown Kane, PA building they purchased last year. What better way to show a love of rural American than to reinvest in its future?

“The 63 North Fraley Street project is an opportunity to show how economic development and energy efficiency work together to create high quality, livable communities. Renovating to the stringent requirements of the Passive House Institute EnerPHit standard will greatly reduce the building’s energy demand, increase thermal comfort for occupants, and ensure that 63 Fraley Street remains as a durable, resilient part of Uptown Kane. We’re excited to be working with the citizens of Kane who are so strongly committed to leading the way in community development in rural America.” says  Norm Horn, Envinity Project Manager and Certified Passive House Tradesperson.

The renovation will result in the building obtaining the Passive House Institute’s EnerPHit high-performance building certification. The criteria for this standard include the following five principles:

The Passive House standard is commonplace in Europe and gaining traction in the United States, but has rarely been executed in a rural communities like Kane, according to WPPSEF Executive Director Joel Morrison.

The building will have solar panels installed on the roof, allowing it to provide its own energy on-site. The panels will be accessible for visitors to view as part of the educational element of the building’s renovation. Tenants will be chosen who will fit with the goals of WPPSEF and be valuable additions to the Kane community.

“We don’t want to rent just for the purpose of renting the space,” Morrison said.

“To say that we are thrilled for this project is an understatement,” said Kane Mayor Brandy Schimp. “From our very early meetings with the WPPSEF, Joel Morrison told us to ‘Dream Big,’ and those are words he truly exemplifies. He has been a champion for the Wilds region and the driving force behind this project.

“We are very grateful that the Fund has not only invested in our community, but has continuously involved local leadership along the way.” – (From the Bradford Era)

As always, Envinity is thrilled to contribute to a project that contributes so much to a local community.

Back to Envinity Design + Build News